MetalMix Oy is a middle-heavy metal workshop that is specialized on manufacturing various products for power plant, energy and process industries.

Family company`s history goes all the way back to 1950s. We have served our main clients for many decades so our know-how is kept on a good value.

We can provide manufacturing cost effectively with versatile manufacturing skills, wide material knowledge and up-to-date machinery from beginning to the end in our own facilities.

For decades, MetalMix has been able to maintain its competitive position in markets. How we stay on top of the continiously changing and challenging markets? By dexterous hands and sharp heads, constant development of manufacturing methods and by investing to a modern fabrication machines. Our success can be summarized as follows: We make right things in a right way.

MetalMix’s history dates back to 1951, as the Asikainen brothers Esko, Valpas and Matti founded a car and mechanical equipment repair shop in Varkaus suburb Könönpelto, just on the same ground, where the modern production facilities of MetalMix are located today.

Idea rich and handy brothers expanded their activities and started to manufacture tipping gears for trucks, snow slings, road drags and irrigation pumps for ice roads in their workshop, among others. A significant opening was the creation of customer relationship with Ahlström Oy in 1960`s. The subcontractor-era of large-scale industry started.

In 1978 generational change took place, as the progeny of Esko Asikainen took control of the company. Simultaneously the name was adapted to the spirit of the time: Könönpellon Metalli was changed to MetalMix Oy. In 1989 the present couple, Esko’s daughter Ritva with her spouse Markku Auvinen M.Sc. (Eng.) took the entrepreneurial responsibility, Markku being the present managing director. In their leadership MetalMix has expanded and became international. The company was elected to company of year in 1991 in Varkaus. 60th anniversary was celebrated in March 2011. Along with the children of Ritva and Markku, already the third generation has joined the family company. 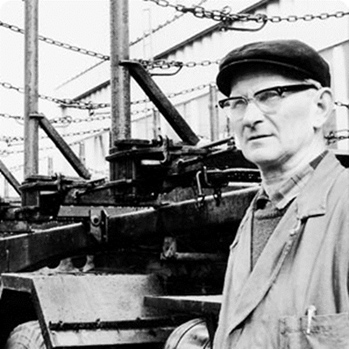 Valpas Asikainen said in an interview of the 50 years anniversary volume of MetalMix to the point and even today adequately:

"We intended to do such work, which does not need to be remade. What we sell out, is ready.”